Okay so this was the second year I was moving, working in motion, and actively con'n compared to crunching in the registration room during SIEGE. Man I really had a full weekend, so much so I'm not sure if I want to be that busy again. The Cluster was my mission once I set foot on site. I needed to find the expo hall and help set up, take names, and distribute information. Pretty cool looking like I was in charge or at least feeling like I had a purpose. But I was already late so I had to set up my game as well, and plan for the rest of the weekend.

I wanted to show White's latest beta, most of my GGDA peeps hadn't seen it yet. Also SIEGE Tower (duh) needed to have a presence there, or at least at the party. Yeah so besides the expo, we had planned to record an episode of #IndieDEV, host a suite party on Saturday, and I had a panel to speak on Sunday morning. Mind you I couldn't get to sleep the night before the conference, so I was already running on fumes. However my body was enjoying everything so much it didn't mind only getting 5 hours of sleep all weekend. Nothing was gonna stop me from having fun and taking advantage. 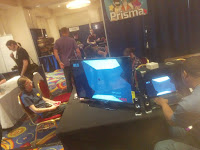 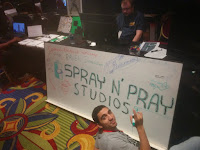 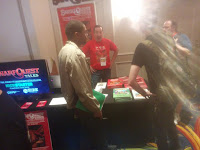 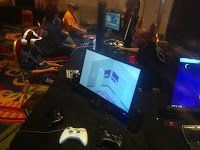 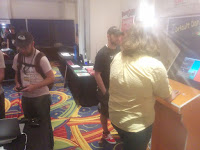 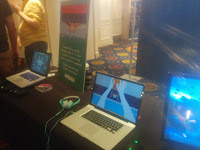 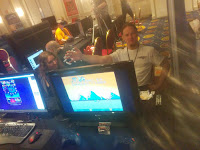 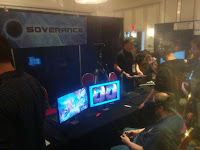 So we had 14 teams come out to be apart of the Cluster, I'm so proud of them. Only like 8 at first, but they kept coming. Unfortunately some couldn't make it but you know, maybe next year. I think the Cluster is proof that the Atlanta game community is growing. People again really loved that there was a little big booth of Indies. We took up half the expo hall and felt good about it. After things died down a bit I was finally able to sneak off and start the podcast. Me and Scott started it off and we just kept bringing in random passer-byers who all gave great additions to the discussion. It took me forever to upload it because the audio quality needed some major help, but its still a great listen. Check it out


This year we were given some rooms to throw a suite party with all the other high rollers on Saturday. So like the boss I am, I told all of our participants to hold a tournament in the rooms. That went better than expected, On top of that we wanted to do something fun and competitive amongst the studios. And so was born the inaugural best drink based on a game competition. I will say all parties involved enjoyed the night. 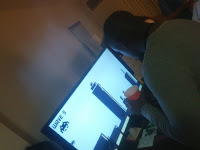 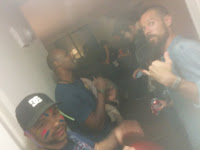 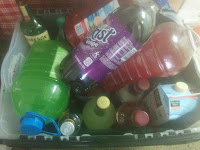 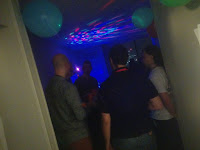 I love Saturday nights because even after all the parties and networking, there's magic in the chill time where people just talk til morning. However this aided in no way my responsibility to be at a panel at 10am. Was pretty sure I wasn't gonna make it, but I woke up on time and drugged myself down. It was called the Hangover Rant on purpose. Even then I had no idea what I was gonna talk about but I didn't do too bad. I was happy to be invited on by the creator Joe, one of my biggest supporters. It being my first time speaking at SIEGE, it was a lot of pressure, but can't wait to do it again.


I was excited to open the program book and not only see my name, pic, bio as a speaker, but to see a whole page for the Indie Cluster. Definitely a great con, I glad my father came back this year to help me out. He was able to steal my brother as well and I mad my girlfriend come out and experience the gamer love. Appreciated their help over the weekend, it felt good showing them a slice of my life full frontal. 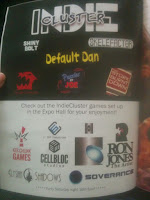 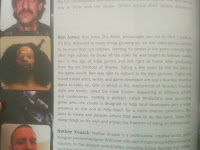 Okay so now my blog is finally caught up... Back to making games and being awesome
Posted by Ron Jones at 5:22 AM